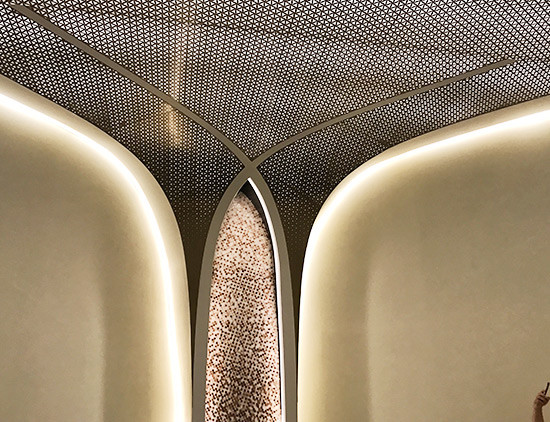 The 2022 World Cup will be held in Qatar. In order to show the city the comprehensive strength of the city
Prev Next
2016-2019 Doha Metro Station

The 2022 World Cup will be held in Qatar. In order to show the city the comprehensive strength of the city, Qatar has classified the subway project as one of the large-scale projects in recent years.

In 2019, the first underground railway system of the subway transportation system was finally opened to the public. From the capital Doha to the southern city of Alvara, the Doha Metro red line has already begun operations on Wednesday. Qatar's goal is to operate 75 trains by 2020, install 37 stations, and two more lines - called green and gold. This is one of Qatar's large-scale projects, which is not only an open project, but also a new way of transportation across the country.

The three-dimensional diamond pattern formed by stainless steel is used as the background wall, and the metal material is used to highlight the tough style. The picture shows the products and installation process that our company produces for the Doha subway station.

Hello, please leave your name and email here before chat online so that we won't miss your message and contact you smoothly.